This video is for demonstration purposes only, there is risk of loss when trading Stocks, Futures, Forex*

Many market technicians prefer the mathematics of the computer to identify the trend for them; in Track ‘n Trade, this is accomplished through a tool called the Elliott Wave / Zig Zag system. The Track ‘n Trade Fibonacci Count & Measure Tools, integrate perfectly with the Elliott Wave Tools; automatically providing a true price and time strategy.

The Magic of Fibonacci

The ABCD's of Elliott Wave & Fibonacci

Leonardo Fibonacci was a medieval Italian mathematician born in the 12th century. He is known to have discovered the "Fibonacci Numbers," which are a sequence of numbers where each successive number is the sum of the two previous numbers.

These numbers possess a number of interrelationships, such as the fact that any given number is approximately 1.618 times the preceding number.

Can We Trade Using Fibonacci Numbers?

Below are a couple of charts that give examples of how the Fibonacci ABC Projection tool, within Track 'n Trade, takes the initial move of a market, then projects out into the future a Fibonacci price & time calculation.* 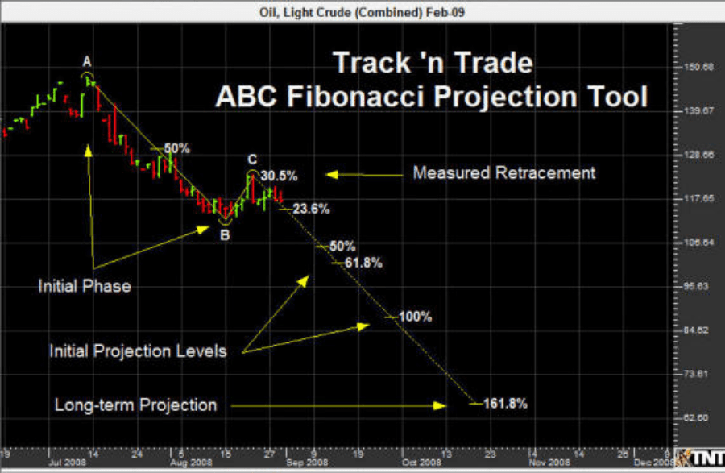 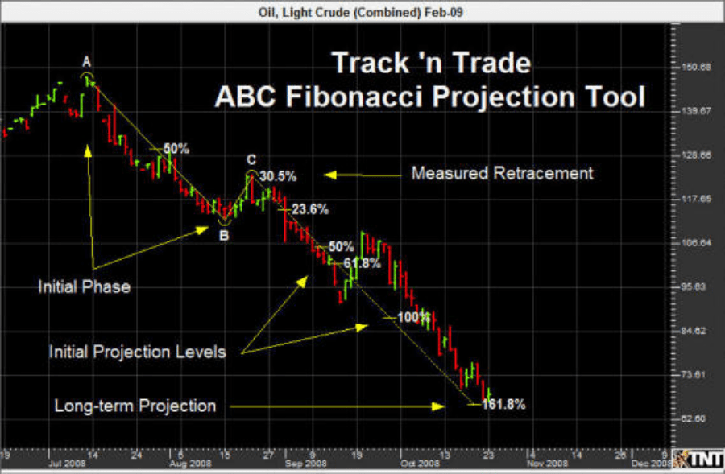 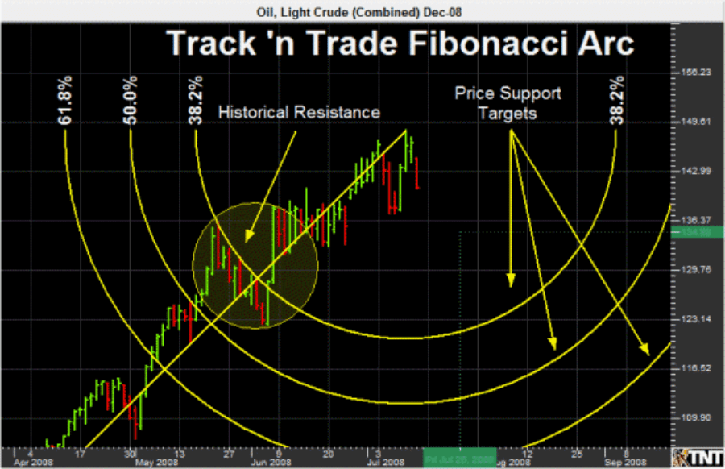 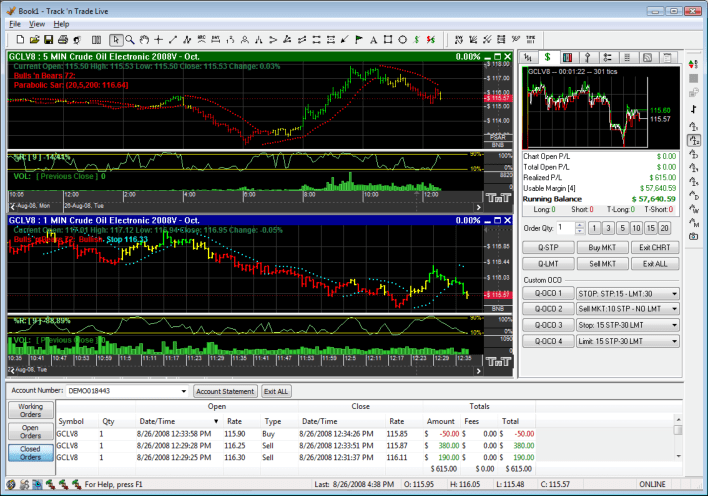 No Credit Card Required, No Obligation to Continue